“The Ready to Code Collection provides resources and strategies for coding and computational thinking activities that are grounded in research, aligned with library core values, and support broadening participation.”

An initiative of the American Library Association (ALA)…

The Hour of Code is coming December 3-9, 2018. Computer science is foundational for every student to learn.

Source: How to Watch Live As NASA Lands on Mars Today | Travel + Leisure

If you’ve been watching the news lately, you know there’s a discussion and some say a challenge to the former Speaker of the House, Nancy Pelosi. Here’s some of what is showing up on “Google News” for her as a topic:

This story also talks about Nancy and the upcoming vote for House leadership:

The Democratic leader has personally courted disgruntled members and deployed her sprawling network to bolster her, all but overwhelming her critics.

Source: With honey instead of vinegar, Pelosi steadily inches toward the speaker’s gavel – The Washington Post

So, I started thinking, hmmm, I wonder how the House leadership works, its history and rules, etc. You can see more about that at the Wikipedia page noted below: 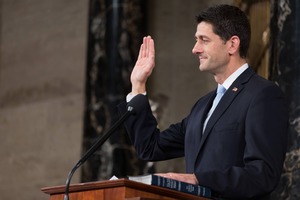 Source: Speaker of the United States House of Representatives – Wikipedia

Thinking Outside the Box

Which brings me to the idea that they can make rules, so they can change their rules.

With the new 2018 Midterm election bringing in more voices, more diversity, more women, more people of color, more younger and energetic members, they should think outside the box a bit.

Why not give these voices a chance to be heard? Why not include them in “leadership”?

Rather than leaving them out, include them.. practice inclusion. Take advantage of this new political energy and voices, listen, learn, change, adapt, grow.

Having these new leaders more visible and allowed by rule changes to be more active and involved, would provide a new vitality to the U.S. House. It would be something to point to at a 2020 election and say, look how we grew, look how we are different, look how we changed…

Every battle. Every betrayal. Every risk. Every fight. Every sacrifice. Every death. All #ForTheThrone. The final season of Game of Thrones returns in April.