If there were ever a time to get reading, the start of a new year is it.

Here are five publications, both traditional books and guided journals, that are sure to make 2022 your year for mental, physical and emotional wellness.

Brianna Wiest’s 2016 publication appropriately comprises 101 essays detailing how to pursue purpose, find peace in the daily routine and discover peace and awareness within you. Wiest, known for her philosophical works, creates literature to realign people’s inner narratives with their higher selves and potential.

Source: Offbeat | 5 books that made me get out of my own way – The Pitt News

For a society constantly trying to over-extend, over-perform, and over-deliver, skipping out on sleep may be seen as the ultimate badge of productivity.

It’s a lifestyle we most associate with the rich and powerful of the world, not to mention the hustle-drunk tech bros of Silicon Valley – but it’s not even a new thing.

Even the infamous inventor Thomas Edison was so consumed by his need to stay productive, he often attempted to sleep just a few hours per night.

But is it actually true that sleeping less than eight hours per night leads to more? More success, more productivity, more wealth? It’s really not that simple, nor healthy. “In the last 10 or 15 years or so, there have been studies showing that your metabolism and your immune system are quite affected by sleep deprivation,” sleep loss researcher Siobhan Banks from the University of South Australia tells Science Alert.

Source: The Science of a Good Nap

(CNN)On a rainy spring morning in Muncie, Indiana, a White, middle-aged, conservative woman met a transgender woman for a date.

It did not start well. The transgender woman was waiting at a table when the other woman showed up. She stood up and extended her hand. The other woman refused to take it.

“I want you to know I’m a conservative Christian,” she said, still standing. “I’m a liberal Christian,” the transgender woman replied. “Let’s talk.”

Their rendezvous was supposed to last about 30 minutes. But the conversation was so engrossing for both that it lasted an hour.

It ended with the conservative woman rising from her seat to give the other woman a hug.”Thank you,” she said. “This has been wonderful.”

This improbable meeting came courtesy of the Human Library, a nonprofit learning platform that allows people to borrow people instead of books. But not just any people. Every “human book” from this library represents a group that faces prejudice or stigmas because of their lifestyle, ethnicity, beliefs, or disability. A human book can be an alcoholic, for example, or a Muslim, or a homeless person, or someone who was sexually abused.The Human Library stages in-person and online events where “difficult questions are expected, appreciated, and answered.” Organizers says they’re trying to encourage people to “unjudge” a book by its cover.

Source: This library lets you borrow people instead of books. It just may help bridge our bitter divisions – CNN

Scientists may have identified the perfect bedtime to protect your heart — 10 p.m. to 11 p.m. 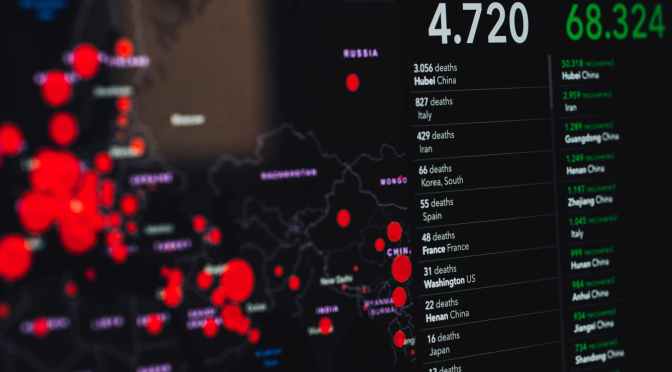 Getting vaccinated can significantly reduce your chances of dying from Covid-19.

Like, really significantly. Throughout the month of August, unvaccinated adults were 11 times more likely to die from Covid-19 than fully vaccinated adults, according to new data released by the Centers for Disease Control and Prevention.

The CDC also found that unvaccinated adults faced a six times as likely to contract the virus than fully vaccinated adults. The data marks the first time the CDC has released information about how Covid-19 risks can differ depending on vaccination status.

It is official: The pandemic’s effect on America’s waistline has been rough.

New data from the Centers for Disease Control and Prevention showed 16 states now have obesity rates of 35% or higher. That’s an increase of four states — Delaware, Iowa, Ohio and Texas — in just a year.

The findings confirm what several recent research studies have found: Many Americans have gained significant weight since the COVID-19 crisis started, likely fueled by an increase in sedentary behavior, stress and troubles such as job and income loss that make healthy eating harder. And those rates are rising faster among racial minorities.